So I’ve been ticked off the last couple of weeks…

…But let me back up the truck first… I have been a career media makeup artist for over 15 years. I keep saying “over 15 years” because I really do not know how long its been, but quite frankly by now I’ve gotta be hovering at the 20 year mark. One notable element of my career is that while I am Black, and proudly so for sure, but I’ve never been sidelined into any particular style and/or type of work because of it. The range of work I’ve done has been diverse which is in keeping with my own outlook as a human being. I grew up in “multi-culti” Los Angeles. I grew up in a diverse neighborhood, I went to diverse schools (my brother and I were early enrollees into the Magnet program when it first first started in the Los Angeles school district), my friends and social life are diverse, and quite frankly my own family is diverse. Diversity is all I’ve known my whole life.

Cut to 2017 and the entire world seems to have lost its damn mind. Seriously. What on Earth is happening?!

I’ve mentioned a couple of times now how I have been finding it difficult to just blithely write about makeup with everything that’s happening in the world. Then I came to the point where I was fine with having makeup be a fun diversion. I now acknowledge that my artistry – what I create, how I create it, and what I use to create it – are in fact a PART of the world and that I cannot insulate it from the world or who I am as a person.

What set me off?

All three times I’m minding my business and looking at Instagram on which I – obviously – follow a lot of makeup accounts.

YSL Beauty posted an advert for their new line of foundations, All Hours Foundation. The advert boldly proclaimed “22 shades for everyone!!!”. Sounds great! But I look at the picture and it’s literally 19 shades of beige and 3 brown colors. Well, 2 browns and one brown-ish color. And of course the deepest brown is not deep enough for someone of my (Naomi Campbell-ish) skin tone.

Needless to say, the reception on Instagram was not what YSL Beauty hoped it would be as people chimed in – including at least one very well known high end celebrity makeup artist – to let them know that they did not find this acceptable. On the surface it would seem that the complaints were mostly by Black women and its true that we were probably one of the most forgotten groups in this foundation collection. But really – and I preface this by saying that I still need to go see these colors in person – but if these colors are really as beige/pinky beige as they appear to be in this photo, then I can say as an artist there are few people on which these would work. Going off this photo there aren’t good colors for a lot of Latinx, a lot of Pacific Islanders, East Asian, South Asian, hell even a lot of Caucasian folks. Unless you are fair and beige the vast majority of the colors would not work. And the brown colors they do have appear (again, I need to see them in person) to have a tawn-y undertone which most Brown people do not have. ??? I don’t get it. This is not a small company with limited resources.

Antonym is a small company with limited resources, so their situation was more understandable. They just introduced a liquid foundation and what they have looks promising enough (again, I need to see it in person). Their problem was that they only introduced 6 colors, so that right there just isn’t enough. When asked about it, they said they were developing more colors to be released “in the future”. YSL actually said the same thing. “In the future” seems to come up a lot in response to questions of diversity of color range. What’s frustrating about Antonym specifically is that they are a vegan and organic brand. Therefore by not developing a color range to suit people of color, we are basically being kept out of this market niche. To be clear, Antonym is hardly alone. The vegan/organic cosmetics brands have by and large ignored people of color (OCC of course being an exception, but OCC was started by a makeup artist). Presumably these brands feel that we aren’t their customer but this is a “Which Came First, the Chicken or the Egg” situation. IF the necessary colors were available, maybe more POC would be customers.

To their credit, when approached about it online Antonym was very receptive and appreciative for the feedback they were being given. Whereas YSL Beauty seemed to be giving fairly route answers, Antonym seemed to really be listening. I would not be surprised at all if Antonym releases their new color options before YSL does. YSL said they’d release deeper shades in a year or so. Why a year from now? Who knows. #Future.

As far as Antonym goes, I have very much liked what I’ve tried from them thus far and I respect the way they handled their situation. Therefore I feel good about continuing to support their brand.

On the flipside, there’s Beautylish.

… where to even start. Beautylish is off the list for me until further notice, period. It’s one thing to not come up with a broad color range that reflects the population. That’s a correctable mistake. It’s QUITE another to actively support and promote someone with known bigoted, hateful views. The issue? Jeffree Starr… I know he’s super popular in the Instagram/YouTube makeup set. I will be real that I’d not heard of him until one of my students told me about him a year or so ago, so to be honest I didn’t have any feelings about him one way or another. Then however I found out that he is an overt hateful bigot. In case you aren’t aware… In fact I won’t embed the video, but here’s a link if you want to go see. Those statements are not mistakes or accidents, nor are they confusing in their intent.

Beautylish apparently has some type of relationship with Mr. Starr and thusly they have willfully buried their heads in the sand on the issue. His image featured prominently in their booth at IMATS LA 2017 as they were selling his products exclusively, and when I went onto Instagram the other day, they’d posted an image of him regarding his new palette that he apparently has going with Jouer. Needless to say Jouer is now off the list as well which sucks because they make one of my holy grail lipglosses. I won’t defile my blog by posting the Instagram photo here, but if you want to see it you can go to Beautylish’s Instagram (@Beautylish). As I was reading through the post, Nils – one of the owners of Beautylish – stated “what a difficult positon Beautylish is in”, which they aren’t, they chose to work with Mr. Starr, and Nils asked that people not go off in the comments but email him directly instead. I sent him an email which – to date – they have yet to reply. I shared my email on my Facebook page and several of my friends in turn shared my post and emailed them. Beautylish DID, respond to a friend of mine we speculate because they identified her as a customer who recently spent a lot with them. I, too, am actually a Beautylish customer and I have actually spent a lot with them HOWEVER I generally do so at the trade shows. My friend and fellow makeup artist is also a person of color and we were both irate with Beautylish’s response. Not only did they double down on “what a difficult position they’re in” (again, they aren’t…they’re making a CHOICE), but they said – and this is a quote from the email – “I hope you can understand our position and can separate the joy of shopping at Beautylish from your concerns with Jeffree…”

Um no. No I can’t. Nor can I express in words how tragic a reply that is. First of all, at no time that I’ve seen have they elaborated on what this so-called difficulty is. Secondly that email is basically saying “we are going to continue to monetarily support and benefit from this known racist, but we hope you’ll keep giving us money anyway”. 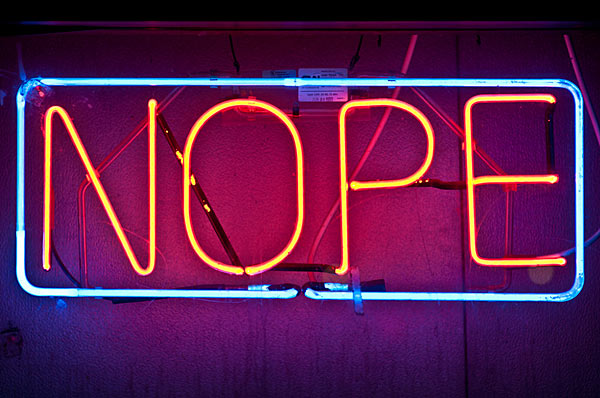 I’m sure they’ll say “they didn’t mean it that way” but what a terrible statement to make with regards to an entire population of your potential customers.

Here’s the thing: diversty is not a product or a technique or what-have-you; it’s a mindset. If people wanted to be diverse they’d be diverse. If it were as much of a priority to have a full range of colors, brands would do so. If racial bigotry/homophobia/fat phobia/age phobia/whatever were really unacceptable to people, they would stop making excuses for it. It is frustrating to see how slow the beauty industry is to real change. By continuing with these kinds of – and I use this term in generosity – faux pas, companies are saying Very Clearly and Out Loud to their minority customers of all kinds that you and your business do not matter to us. They may not want to say that, they may not intend to say that, but that’s what they’re saying.

So how do we move forward?

Well, here’s The Other Thing: With regards specifically to the needs of people of color, brands aren’t going to be able to run and hide for much longer anyway. To site but one resource of many, the Pew Research Center released a paper last year on the changing demographic of America. America no longer looks the same and that’s only going to increase, not decrease. When I was a kid people often postulated about an American future wherein everyone is of mixed ethnicity. Well guess what…the future is here.

For my part, I want to be – and I want Makeup to Go to be – a part of the solution. I feel that we at Makeup to Go are uniquely poised to make a contribution in the online beauty-sphere. Myself along with the other artists who contribute to the blog are all media makeup artists who’ve looked at beauty from all sides (now). And many of us are people of color ourselves. We understand the situation both as professionals and as cosmetics users. Part of the reason the blog has been on radio silence is because I am preparing to launch a significant change in how Makeup to Go is going to operate going forward. More details to come, but my vision has become more clear than it’s ever been for where I want Makeup to Go…to go. lol. My hope is to empower consumers, artists and ultimately brands through knowledge and to help create a community in which diversity in beauty is celebrated. And to have fun and celebrate each other in the process.

I hope you’ll join me.

Disclosure: Howdy folks, instead of doing sponsored posts, I use Shoplist.Us. Shop List is a directory of unsolicited, unsponsored recommendations from pro makeup and hair artists on products they actually use in their work so folks can “Shop my Shelf”. If you’ve ever wanted to shop for any of the products that I mention constantly, you can do so via Makeup to Go Shoplist. This post may also contain affiliate links. When you shop via these links, I get a lil sumthin sumthin to help Makeup to Go keep running. Sound good? Ok groovy, thanks much!

4 Comments on What is Diversity in Beauty?